For over a hundred years, Croke Park has been used as the headquarters to the ruling body of Irish Football, the GAA.

The stadium was re-developed over a 12 year period between 1993 to 2005 without disruption to the playing of any All Ireland Finals to a final seating capacity of 82,300 people, making it the 3rd largest stadium in Europe behind the Nou Camp in Barcelona and Wembley Stadium in London.
Eurofluid advised the design team on the selection and then supply of a cost effective and sustainable pressurised hot water generation package for general and showering/changing areas & coupled to an innovative piping arrangement to accommodate an alternate power source in the unlikely event of main source failure.

Eurofluid were also involved in the pumping equipment for the pitch irrigation system, using rainwater collected from the roof surface area and stored in central underground tanks before distribution through a sprinkler system.

Boilerhouse installations play a crucial role in the built environment for human comfort. A problem-free operation is therefore essential. Eurofluid Ltd Maintenance department was established to help customers in their time of need. Read More
From Concept through to Old Age….
Why not request a free design consultation for your project at concept stage, we outline the most energy efficient product solutions or you can request a meeting to become more familiar with the Eurofluid product range. Contact us via the query form
© 2015 EuroFluid - WEB DESIGN & DEVELOPMENT by MORE CREATIVE 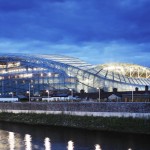 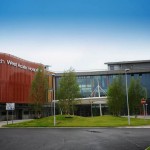 South West Acute HospitalHealthcare / Pharmaceutical
We use cookies to ensure that we give you the best experience on our website. If you continue to use this site we will assume that you are happy with it.OkRead more